VirtualBox VM: SIOCSIFADDR No such device / fix the networking device

KETIKAN
Jumat, 09 Agustus 2013
Facebook Twitter Telegram
When developing within a virtual machine with a bridged networking adapter, rather than (NAT) Networking Address Translation, the network setup can be conveniently uncoupled from the outside networking environment.
Unfortunately my Debian 6 VM setup used a direct networking bridge, installed by the VirtualBox setup.
As such using different ISP's results in different address spaces, in addition to A class networks within private networks.
Now and then my networking device vanished altogether. Particularly when crashes occurred, with only eth0, the loopback device being present after a fresh bootup.

Unfortunately this had no effect.
Fix

What did work however is to simply clone the Virtual Machine, and tick "reinitialize the MAC address of all network cards". 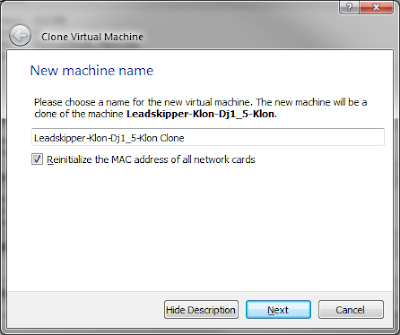 Later on, it appeared that changing the hostname and restarting the network may work as well.
$ echo "newhostname" > /etc/hostname
Perhaps even the Samba demon configuration may be at fault, with a fix as simple as restarting the DHCP assignment. 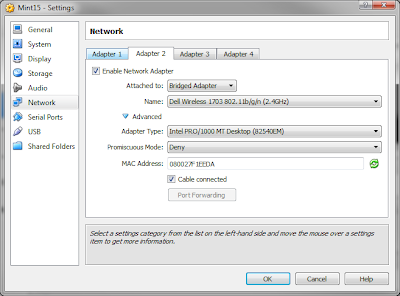