The most powerful science quotes you have never heard of

KETIKAN
Sabtu, 16 November 2013
Facebook Twitter Telegram
Over the many years, few quotes had such an enthralling skin-deep effect as to feel instantly memorable. Quotes that seemingly last for a lifetime. Lasting in the sense that one can recall rather than recount them years later. Perhaps it was the time, perhaps the receptive subject, perhaps the circumstance of an emotional context, but regardless of the why, the following quotes stuck with me:

From: My English teacher
Details: The quote does not say finance, nor does it say anything about the worker
Practical: Money is a trade towards a more abstract "currency", finance is not 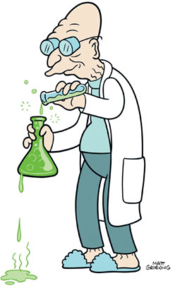 Aging is the progressive loss of molecular fidelity

From: A book excerpt about Sirtuins,"a family of highly conserved genes widely distributed in organisms", and their role in aging; authored by Y. Dong, S. Zou [1]
Details: The quote beautifully captures biological reality and transcends it to some degree
Practical: Entropy, -the degree of disorder in a system-, is perpetually increasing. At the expense of energy and information, biological systems can work against their physical predicament but only to some degree: biological aging is inevitable

From: My anthropology professor
Details: upon explaining the backstory of the FOXP2 (G+ post) gene, mirror neurons and aphasia. It took me a while to grasp the quote's implications and see language in a new light.
Practical: Sometimes it is wise to be silent and sometimes smart to talk even though you normally wouldn't, just to break the ice through the tone of your voice and the choice of words.

One time is an incidence, two times a coincidence, three times a pattern

From: Unknown, likely not a statistics book, seeing how most fail to convey an emotional context. Although this quote might have been mentioned on the TV-show CSI
Practical: Statistics is the doorway to reality. To make any statistical assertion at least three values or samples are required: a lower bound, a highest bound and anything distributing in-between.

Power is work per time

From: My zoology professor.
Details: During the strained last 15 minutes of a test, the professor reminded us that performance is worth considering
Practical: Be proud of small accomplishments in a short amount of time.
Sidenote: This quote went in one ear and out the other in physics classes. But it really sunk in during a situation that took us by surprise: When our upbeat zoology professor reminded the late bloomers during a difficult test to hurry it up. It worked, and I got a lasting quote.

The sum is greater than its parts

From: Unknown, Aristotle (likely)
Details: This great quote captures the essence of emergence, - one of my key concepts of attempting to understand the world, with the little subjective knowledge I have.
Practical: Individual accomplishment only go so far. The emergent bee-hive isn't grasped by the central-nervous system of a single bee, and neither is the world in its entirety by the human brain. Although, we have scientific consensus, consensus sometimes has its own set of flaws.

From: Unkown, Heraclitus or Simplicius (likely)
Details: As a popular quote, panta rhei was indeed conveyed in several biology textbooks. The quote really sunk in upon learning the many head-spinning physical circumstances, implicating matter, that is "anything that takes up space and has mass" as a flipcoin of energy, zero point energy as being far from zero, absolute zero being quite relative, and action at a distance as far from arm's length.
Practical: Nothing is ever at standstill, as much as it might seem that way.


I would really like to hear your most cherished quotes, irregardless of the name behind it.