KETIKAN
Minggu, 03 November 2013
Facebook Twitter Telegram
That is a famous Aristotle quote, who might have been a wondrous programmer at heart if it weren't for his slight predicament of not being still alive today. The quote captures the essence of emergence, as one of the joys of programming.
One essence that usually isn't a joy to begin with is documenting, testing, debugging and publication related workup. So pretty much all the steps that make a project last.

For about a year or even well before I have been uneasy at deriving at a decision of what future direction to take in blogging. Should I blog en masse code-snippets that would appear of equal standing as the posts of bigger, more adventurous projects, or solely restrict myself to the latter. Alas, such abundant snippets contain the ingredients that are ultimately the nuts and bolts under-girding the foundation of upcoming projects. If in analogy the project were a tanker, then it would seem straightforward that nuts and bolts must be in overall higher demand. 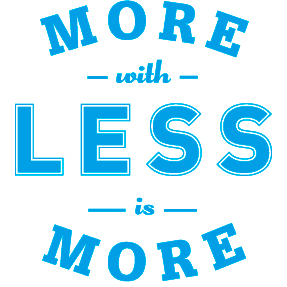 But let me explain. Source code is piling up, in some cases snippets in other cases modules to smaller projects, which still have to undergo the grinding publication phase. That is documenting, designing a project-website, reading, proof-reading, sensibility reading, proof-reading, and more proof-reading. As such I have envisioned a match-making platform between code-monkeys and designers, writers, documenters for some time now, and would very much like to team up with anyone interested in manifesting that vision. There is an adage that a writer is never finished, and in a sense that is true, - if you are anything like me. Although far be it from me to consider myself a writer in the first place, I do appreciate a self-critical position when I see one.

Until now, I tried to avoid posting trivial or concise code-lets and rather contributed them to stackoverflow and github.com's gist.

The plan for now is to gradually drizzle all sorts of resources into this blog, move the blog itself to the new blogger design templates, and finally write a plugin that makes this new design as functional as the old one.
Then in about a year from now, I could finally take stock about the good, the bad and the ugly of how this new blogging-direction panned out.

At this point I would very much like to hear your opinion and what you opted for, pre-supposed some of you had to face a similar question either as bloggers or human beings at the turn of one of life's many crossroads.
Facebook Twitter Telegram