Google+ merge: Account merging is not possible and almost never will

KETIKAN
Selasa, 12 November 2013
Facebook Twitter Telegram
Google actually addresses this subject. When Google tries to phrase something nicely and politically correct whilst rather not actually addressing the larger issue at hand, it starts with:


In other words, such an option may lead to abuse by some users creating several accounts to be mined for followers, bundled by interest and merged to be finally sold or auctioned off to the highest bidder. Seeing as this would be disruptive to the Google plus community, Google prefers to not shoot itself in its own foot.

But, if you are a paying customer and have two verified or verifiable accounts, you could get in contact with Google, and they will quickly come up with a technical solution with the likely end result of a merged account. That is to say in the latter scenario, 'isn't possible' vanishes into thin air like pixie dust. 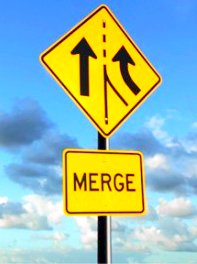